An important part of club life is the organization of various events, of which the undoubtedly the largest is Vysokovský kopec techniky. This action is based on the fact that the magic of ultralight flying lies, among other things, in mastering many mostly technical skills. Pilots and especially builders of sport flying equipment know that whatever technical discipline you think of, it is necessary or at least usable in this sport. And so it was only a step towards the idea that the aeroclub should use this potential to promote aviation in public and not just show flying machines, but everything related to science and technology – if you can find someone to present the discipline – seats are at the airport hectares ….

There was a lot of work in the beginning, but in 2007 all the „airports“ started preparing and organized the 1st year. We managed to provide not only a rich program, but also many interesting exhibits. There were many random steam engines to be seen here – from models and toys to real   power units, stable mtory and other, often museum pieces. At the same time, a meeting of motorcycle veterans‘ cars took place at the airport, and technical schools also received space here. Everyone was pleasantly surprised especially by the large visit and the positive response to the event.

The advantage of holding the „hill of technology“ is also that, unlike a normal flight day, it is not so dependent on the weather – the planes survive a little rain and there is plenty of space in the hangars for interesting demonstrations and exhibits, even if intercession at St. Peter did not fall. 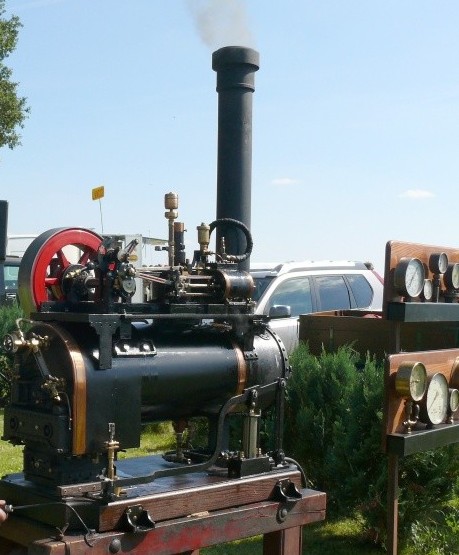